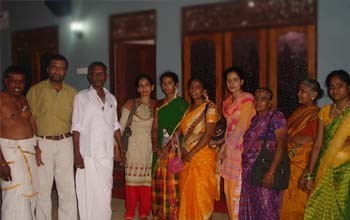 A majority of people were also granted free spiritual healing from the image of Kalki Avatar Ra Gohar Shahi as well as invocation (simran) of ‘Ra Raam’. An aspirant, upon hearing our message, proclaimed,

'I have heard the knowledge you are giving us but I had never seen it applied practically until now.'