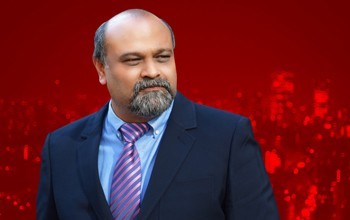 The Origins of the Grand Idol

Mr. Achook had a disability in that he could not speak without stammering. When he took initiation of the heart from the image of Lord Ra Riaz...

We are pleased to announce that Sufi Younus AlGohar has been invited by leaders of the spiritualist community in California, USA to deliver the keynote talk at the Mount Shasta Spiritual Heart Activation Event hosted by 5D Events! The Opening of the Spiritual Heart ceremony led by Sufi Younus AlGohar will take place in the Sacred Mountain of Mount Shasta in Yreka. This programme will last two days (July 20-21) and include panels, workshops and exhibits on quantum consciousness, awareness, transformation, gratitude, spirituality and life mastery. There will also be a buffet dinner party.

This event promotes Sufism and spirituality. Sufism is an ancient practice in which a deeper identity is discovered and live. Sufi is a one who represents the mystical dimension of his religion and spirituality, one who seeks direct experience of God. There have been many prominent Sufis such as Mevlana Rumi, Abdul Qadir Jilani and Lal Shahbaz Qalandar.

Space is limited for this event. Tickets can be bought here.

This event has only one conference hall with 200 seats.

Exhibit hours are: 9:00 AM to 6:00 PM daily in the back of the conference hall Must be 18+ to attend, no kids, pets, drugs, alcohol, video recording are allowed Dress Code: Casual

Before the opening ceremonies, 5D events invites all to do their morning exercise and meditation with the circle of love from 6-8 AM at the park behind the hotel.

Opening Ceremonies: Saturday, July 20th, 9-10 AM Masters of Ceremonies Eric Reza Dadmehr and Andrei Knight will welcome all guests and introduce the speakers one by one. Saeed David Farman will give a short talk opening the gate of consciousness with Sufi chanting the 99 names of Allah.

Door Tickets will cost $120 for 2 days or $60 per day. Tickets cover the full event - all lectures, workshops, panels and exhibits.

Register early bird tickets before June and save by visiting the Eventbrite site.

Further details about the hotel can be found on their website

The distance from Rogue Valley International–Medford Airport to Yreka, CA is 45.9 miles (73.8 kilometres)