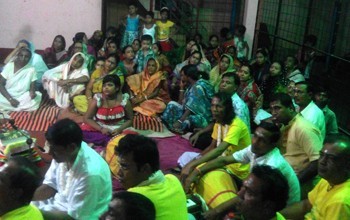 The Goharian Concept of God!

The religions have depicted a more judgemental image of God in which God rewards the pious ones and punishes the disobedient ones. A sense of fear prevails in the mind-set of a religious person. Worship performed under fear of wrath and punishment or worship performed for the desire and greed of paradise is void of sincerity and it doesn’t attract God’s pleasure. The religions paint of an image of God that doesn’t seem to seek sincerity and love in acts of the servants. Perhaps the religions do not look beyond worship and servitude as a form of relationship between man and God.