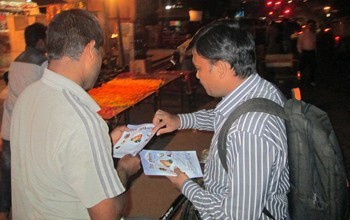 On the 13th of February, 2015, a team from Kalki Avatar Foundation, India visited the Arsikere City in Karnataka. It is about 60 kilometres away from Davangere City where our team propagated the message of Kalki Avatar Ra Gohar Shahi at the Jatra Mahotsav (annual festival) in the Durga Maa Temple. Many thousands of people heard about the teachings of divine love and were given the invocation of 'Ra Raam'.