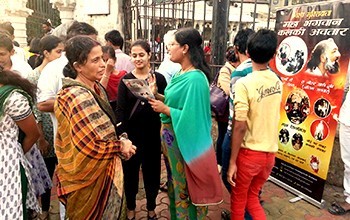 In order to aid humanity in recognising their saviour, Kalki Avatar Ra Gohar Shahi, God has manifested His images in various places all over the cosmos

The Holy Black Stone, worshipped and revered for centuries, bears Kalki Avatar’s image along with other holy personalities 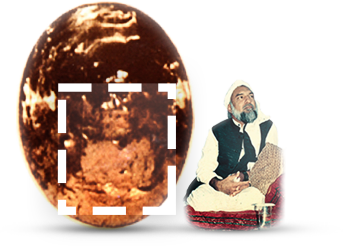 The main image in the Maha Shiv Ling is that of His Divine Eminence Ra Gohar Shahi, who many Sikhs and Hindus believe to be their Kalki Avatar.

Followers of Sanatan Dharma believe that Shankar Jee brought the Sacred Stone, the Maha Shiv Ling, with him from the heavens. At present, the stone is fitted in Ka’aba, Mecca in Saudi Arabia and is known as the Hajar al Aswad. All the religions observe great reverence to this sacred stone, and kiss it out of love and respect for salvation.

Who knows? Perhaps it is because of the photographs of these holy personalities that all the religions observe so much respect for this stone!

The appearance and existence of these photographs on the Maha Shiv Ling are signs from Bhaghwan. Firstly, it is not possible for any human being to create any image on the stone, given that it is heavily guarded. Secondly, those who bear animosity for Islam have no incentive to make these photographs. These photographs are absorbed deep within the stone!

The image of Kalki Avatar Ra Gohar Shahi is clearly visible on the Moon. It is able to perform many miracles: it has been known to speak in all languages, heal ailments, and grant Simran. 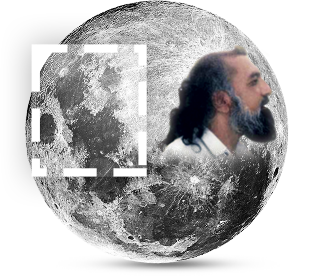 The image of Lord Ra Gohar Shahi has also appeared in the Holy Shiv Temple. This is also a sign from God indicating His rank as Kalki Avatar. 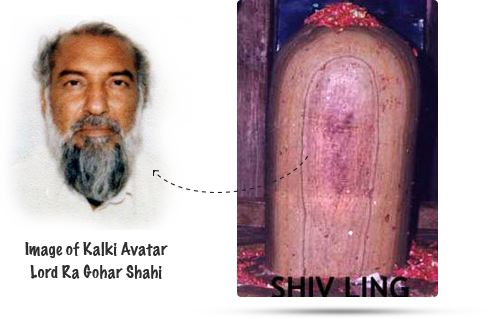 The images of Kalki Avatar Ra Gohar Shahi on the Sun further elaborate His divine rank to humanity. 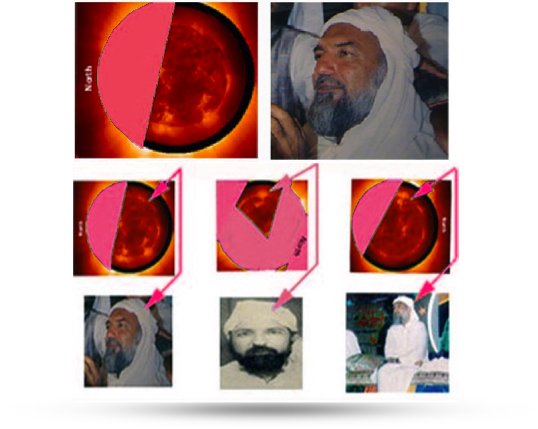