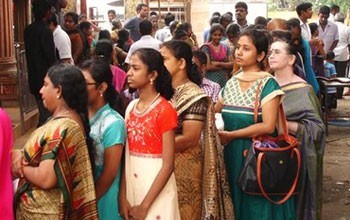 Ms. Heather suffered from Multiple Sclerosis. After receiving spiritual healing at her local church via a spiritual minister from MFI, Mr. Steve...

'This message is truly life-changing. It will certainly bring about a revolutionary change into this world!'

'I am beyond grateful to have been introduced to Kalki Avatar Ra Gohar Shahi.'

Overall, our message was very well-received and people at the festival were overwhelmingly pleased to hear Kalki Avatar’s revolutionary message of divine love.