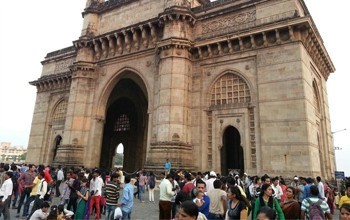 Propagation at Gateway of India in Mumbai

The Power of Love and the Maha Shiv Ling

Press Release: Members of KAF in Nepal Being Detained

20 members of Kalki Avatar Foundation were arrested on December 5th from Pashupatinath Temple and Kapan Ashram in Nepal, amidst false accusations that our members could be involved in a terrorist plot. A popular Nepali television network recently ran a piece in which fabricated evidence was used to portray our members as terrorists. According to authorities, they had received a tip that our upcoming programme at the Pashupatinath Temple was an attempt to carry out an bomb attack on the temple. We would like to remind our readers that we had already held a major, peaceful event at the Pashupatinath Temple in 2013.

Authorities confiscated a number of items, including laptops, PC's and approximately NRs 40,000.

From December 5th to date, 6 Pakistani nationals from Kalki Avatar Foundation in Nepal are still being held in custody. Their names are: Qayyum, Ahmer, Zahid, Rasheed Siddiqui, Jawed and Aleem.

Nepali nationals from Kalki Avatar Foundation were arrested, though released within 24 hours on bail. Nishith Regmi and Ram Budhaprati of KAF Nepal continue to be called in for questioning at the Hanuman Dhoka Police Station.

Kalki Avatar Foundation would like to again assert that it is a peaceful organisation. Our message has always been and will always be about spreading mutual love and tolerance, as well as building bridges between different faiths and cultures. We are the ideological opposition of religious extremism and terrorism. To accuse us of terrorism is to prove oneself completely ignorant of us and what we stand for.

UPDATE: The Himalayan Times reports that police have confirmed members of Kalki Avatar Foundation are innocent.