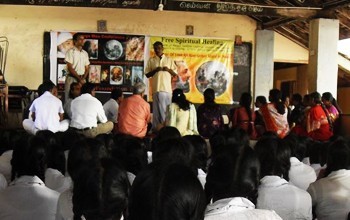 Overall, the response was wonderful! A great majority of aspirants after seeing our banner, immediately took the invocation (simran) of ‘Ra Raam’ directly from the image on the moon. Many people said it gave them a sense of happiness and spiritual satisfaction.