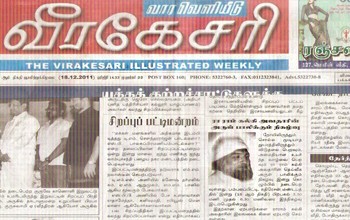 On the 19th of March, 2017, a delegation from Kalki Avatar Foundation set out to propagate the Goharian Philosophy of Divine Love at the Pilgrim Centre of Hindu Community, Sri Chottanikkara Bhagavathy Amma Temple and Ernakulam District, in Kerala, India. Thousands of people, passers-by as well as temple-goers were given the message of love and were shown the miraculous images of Kalki Avatar Ra Gohar Shahi on the Moon, Sun and Holy Black Stone. People of all ages took interest and felt inclined towards the image of Kalki Avatar Ra Gohar Shahi. Many were also given Opening of the Spiritual Heart and free spiritual healing.