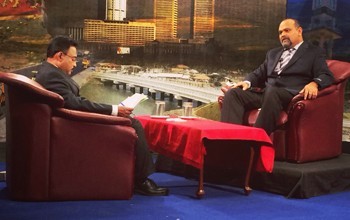 How to Bring Out the Best in People

On the 16th of December, 2013, His Holiness Younus AlGohar, the Official Representative of Kalki Avatar Ra Gohar Shahi, was invited to speak at the Vishnu Temple in Dehiwala, Colombo. During the programme, renowned Qawwalist Mr Nadeem Saddiqui recited bhajans in praise of Kalki Avatar Lord Ra Gohar Shahi. His Holiness explained the importance of Naam Daan and then granted it to the entire audience. He also stayed for a short while to spiritually heal and bless members of the audience individually. Among those who His Holiness healed were the blind and terminally ill.

His Holiness Younus AlGohar's brief speech at the Vishnu Temple:

“When Bhagwan is in your heart, then you will be like a temple yourself. There are many Gurus who come and tell you about Bhagwan, but most of them do not know Bhagwan. They dress like  Guru, they talk like Guru but they are not Guru. The real Guru is one who can bring Bhagwan in your heart. And the real Guru is not a businessman, he does not charge. I have come to tell you how to connect your soul with God."

The event was a grand success! Over 3500 people attended in the hopes of obtaining blessings from His Holiness. Many eager souls stood in a line spanning the whole hall for the chance to meet His Holiness Younus AlGohar face-to-face after the speech. As he was leaving the premises, an enormous crowd of people hoping to catch a final glimpse of His Holiness formed.

A woman whose child was ill was allowed to see His Holiness at the car. His Holiness, after blowing upon the young girl (as to spiritually heal her), said to the mother, 'We have seen you. Now, whatever you are wishing for, it will be fulfilled. Ask for anything.'