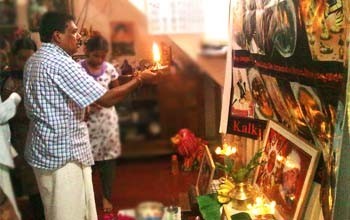 One who has established a connection with God and God’s love has entered his heart; he is best of all.

God created different types of 14,000 Adams. For except the last one, all Adams were created with the clay of this world in this world. No knowledge of eminence was granted to them and they were confined to verbal and physical form of worship. Since they were not granted the knowledge of inner purification, purgation of the soul and mortification of the Self, hence, they worshipped God and at the same time their heart was polluted with arrogance, jealousy, deceit and other evil traits. They hated each other; they did not know tolerance, justice and mutual love. Killing was their favourite pastime and oftentimes their action and retaliation was unjustifiable. This is why, when God decided to create the last of Adams, the angels raised their eyebrows and objected to creation of yet another man. And they exclaimed, 'O' God, why do you create Adam yet again? He too will create mischief and shed blood.' God replied to the angels and said, 'I will grant this Adam excellence, eminence and the knowledge of my names (spirituality).'

For the first time in human history, with the help of this knowledge man was able to be in contact with God. And then, with the help of different types of knowledge that God granted to Abraham, Moses and Jesus, man was able to converse with God and love him. And with the arrival of Prophet Mohammad, the last of all Messengers, man was able to witness the splendour of God and this is how far man could elevate in excellence and eminence. This was the culmination of Spiritual Sciences. Those who acquired such elevated spiritual status were known to be the best among humankind.

Gradually, celestial scriptures in all religions were made subject to adulteration. As a result of this, man lost connection with God. His glory faded away and his excellence and eminence was lost. Today, humanity is back to square one. Every nation claims to be the best, however the best is none. Now, the Awaited Imam Mehdi/Messiah/Kalki Avatar Gohar Shahi has brought with Him the Knowledge of Divine Love and how to establish a connection with God. One who has established a connection with God and God’s love has entered his heart; he is best of all.