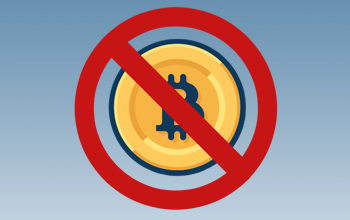 Beware: We Do Not Endorse Cryptocurrency

The Origins of the Grand Idol

Before the creation of any realms, any world and any soul, God desired to witness His own splendour and beauty! So He manifested His energy and gathered it forming a divine Idol, and it represented His absolute majesty.

God instantly developed immense love for His idol. God wanted to witness Himself, so the reflection of His Being appeared before Him. God became ecstatic by observance of His own image. He danced for seven (7) times in rhythm of love, resulting in seven souls emerging from within His Being. God, motivated by ever-mounting ecstasy of love, sang, and seven divine tunes emerged.

God placed the Image of the Grand Idol (the Grand Soul) in a Stone and sent that stone with Lord Shankar in this world. Since Lord Shankar brought down the stone (AKA the Holy Black Stone), this is why it is called, ‘Shiv Ling’.  Since then, the Shiv Ling has been fitted in a sacred cubicle temple. Lord Shankar laid the foundation of this first temple of God on earth. This temple is now known as Holy Kaba (Mecca, Saudi Arabia). All Grand Messengers, all Prophets, all Saints and all religions including the Muslims revere and kiss this Holy Black Stone.

Sanatan Dharma (The Hindu Faith) is as ancient as Adam Safi Allah (Lord Shankar). And Adam Safi Allah came six thousand (6,000) years ago. This is by far the earliest religion on earth.

The Kalki Avatar has returned to end the prolonged dark age of spiritual poverty and ignorance of the inner dimension. Kalki Avatar has come to return to you your old glory and grant you the access to Holy Black Stone.

Bringing the Grand Idol into Your Heart

It has expended its parameters to the Moon, the Sun, and many other objects and bodies! Kalki Avatar Gohar Shahi has come to absorb you in the Holy Black Stone, Not just that you may be given to touch it, but to make you part of the Holy Black Stone! How?

Whoever manages to transmit the image of Kalki Avatar Gohar Shahi into his or her heart will verily become part of the Holy Black Stone.