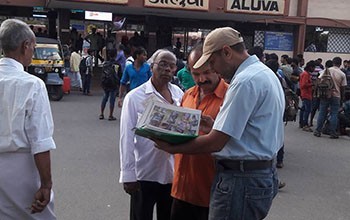 Successful Propagation At The Aluva Railway Station in Cochin, India

#AskYounusAlGohar - How Do Inanimate Objects Communicate? 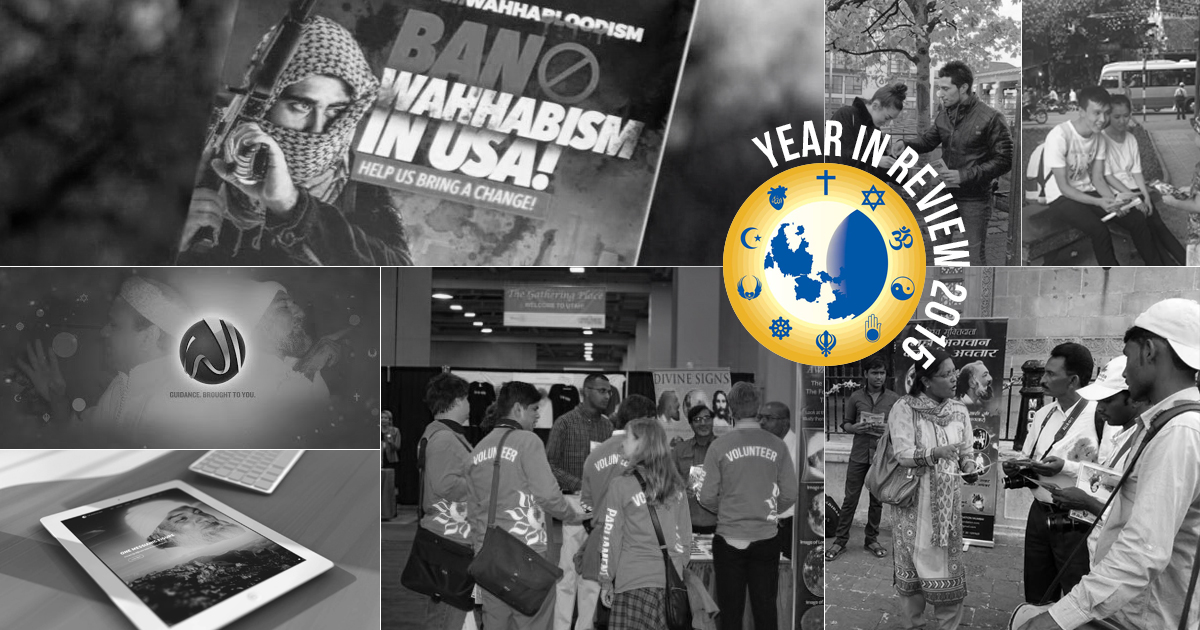 2015 was a huge year for Kalki Avatar Foundation, Messiah Foundation International and Mehdi Foundation International. This year we relaunched Messiah Foundation’s official website, theawaitedone.com. We saw our message reach new places, such as Hawaii, Vietnam, Fiji and Iceland. We participated in the long-awaited Parliament of the World’s Religions, which was attended by thousands of people from all over the world from various faiths who came together to promote interfaith harmony.

This was also the year that we started to stream our daily spiritual gatherings live for the public at 10:00 PM GMT. We are so pleased to provide this service and engage in open dialogue with viewers.

On the other hand, as we continue to spread the message of love and tolerance, high-profile terrorist attacks carried out this year in Europe and the United States of America have had devastating global consequences. Fear and hatred are now prevalent in our society. To counter the ideology used to brainwash terrorists, Wahhabism, His Holiness Younus AlGohar (the CEO of MFI and KAF) launched a website in which he fully addresses every aspect of it. Since the Paris Attacks in November, His Holiness has been actively advising world leaders on the steps needed to be taken to stop terrorism. He has given a crash course on Wahhabism and the perils of leaving it unchecked in the West.

Due to the global threat of the Wahhabi ideology and its direct link to terrorist organisations such as Daesh (ISIS), Messiah Foundation International has also begun a campaign to urge Prime Minister David Cameron and President Barack Obama to ban this hateful school of thought in the United Kingdom and United States of America respectively.

As we head into the new year, we, the members of Messiah Foundation International, reaffirm our commitment to spreading the message of divine love and global peace no matter what the odds. We will continue to speak against the enemies of humanity and support those who want to live compassionately - no matter who they are or where they come from.

Above all, our message to humanity is to not lose hope! There is always darkness before dawn. Thanks to Lord Ra Riaz Gohar Shahi and Lord Jesus Christ, the future of this world is bright!

January 03: Messiah Foundation Arrives in Honolulu, Hawaii! See how we did here.

January 18: HH Younus AlGohar’s Delivers a Message to the International Community about Freedom of Speech.

January 20: The Communities Secretary, Eric Pickles Sends Letter for advice on ‘How British Muslims can become part of British Culture?’

April 15: Successful Day at the ‘Mind Body, and Spirit Expo’ in New Jersey!

May 02-03: Messiah Foundation at the Lincoln Memorial; See pictures here.

June 01: A Miracle of Lord RaRiaz Gohar Shahi in India!

July 23: Another Wonderful Day at the Washington Monument

August 17: A Brief Message about the Absence of Spiritual Knowledge

September 23: The Brahma Kumari Centre Invites HH Younus AlGohar to Speak on ‘The Power of Love and the Significance of the Maha Shivling’

October 18: Our Message Spreads in Reykjavik, Iceland! Click here for the full report.

October 20: The Official Launch of YounusAlGohar.Info

October 29: MFI at The Parliament of the World’s Religions

November 14: Our Official Statement about the Paris Attacks - #TerrorismHasNoReligion

November 18: ‘The Real Threat to the West’ - HH Younus AlGohar

November 22: Viral Video @AlRaTv: ‘What does Islam have to do with ISIS?’ featuring HH Younus AlGohar

November 30: Education Officer of Somalia’s Ministry of Education Comments on the ‘Absence of Spiritual Knowledge’ Campaign

December 15: The Response to the ‘Ban Wahhabism’ Campaign

December 21: HH Younus AlGohar on Wahhabism (The Doctrine of Hatred and the Cult of Death)